Tere Pruett is a certified Trichologist with a clinic currently in Merritt Island Florida. Tere has been a leader in the Trichology world for many years.  Starting out and growing up with her Grandmother, who was a career hairdresser, she became very interested in the field of cosmetology. After several years, she wanted to dive deeper into hair loss, hair rejuvenation, and scalp conditions. (Trichology is the bridge between Cosmetology and Dermatology that deals with hair loss and scalp disorders)

Tere attended the United States Trichology Institute and become certified in Trichology and received AMCA accreditation. After completing training, Tere opened her own Clinic in Texas and helped many clients regrow and strengthen their hair using ground breaking technology including growth factors for hair regrowth and LLLT therapy. To add to her Trichology studies and delve deeper into modern advancements in stem cell research and PRP (Platelet Rich Plasma) for hair regrowth, Tere became certified in Phlebotomy in 2016. In 2017, Tere was asked to be an educator for the United States Trichology Institute and began traveling all over the United States teaching and facilitating Trichology and Clinical classes. As an educator for the largest Trichology school in the US, Tere has traveled all over educating Hair Loss Practitioners, Trichologists, and Dermatologists including places like New York, California, Las Vegas, Dallas, Chicago, and many others. Tere is a RARE and VALUABLE find in the hair rejuvenation world. A Trichologist that understands the science of hair loss and the best of what science has to offer for people suffering from any form of alopecia and scalp disorders. She spent the majority of her career researching and testing all therapies available in existence today. Allowing her to make the absolutely most informed/educated decision on which products and therapies to use at her clinic. Also, along her career path Tere has been named to the Cambridge Who’s Who list and made a Lifetime member. 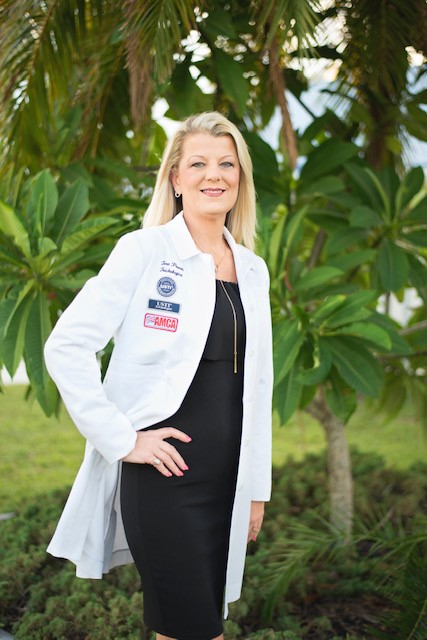